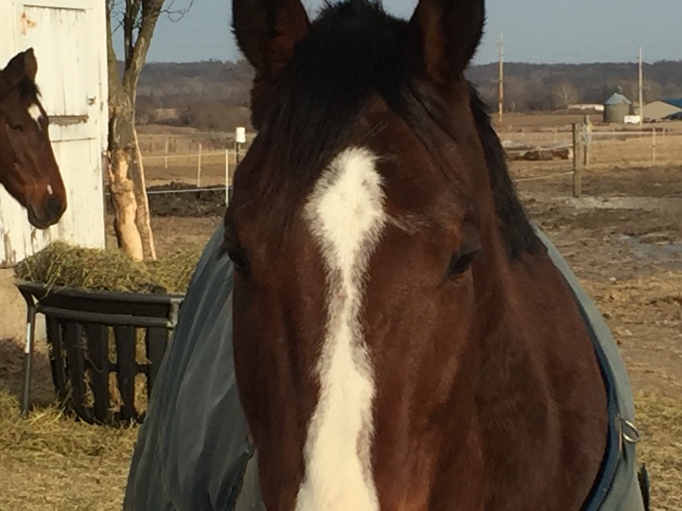 The other 5 year old off track tb, Bravado, (who is not Thoroughbred Makeover eligible because he hasn’t raced since 2014, when he was three) was having drilltec put on his front shoes this morning in anticipation of going on his second hunt, this weekend.  The first hunt, a few weeks ago, was at times very good and at other times very tense. I’ve done some more work at home so I’m hopeful that the next hunts this weekend will be better.  He was getting drilltec (aka borium) put on his shoes for traction in case frozen conditions develop within the next shoeing cycle.  This weekend’s footing will mostly be mud, and drilltec is helpful for that too, so all good. 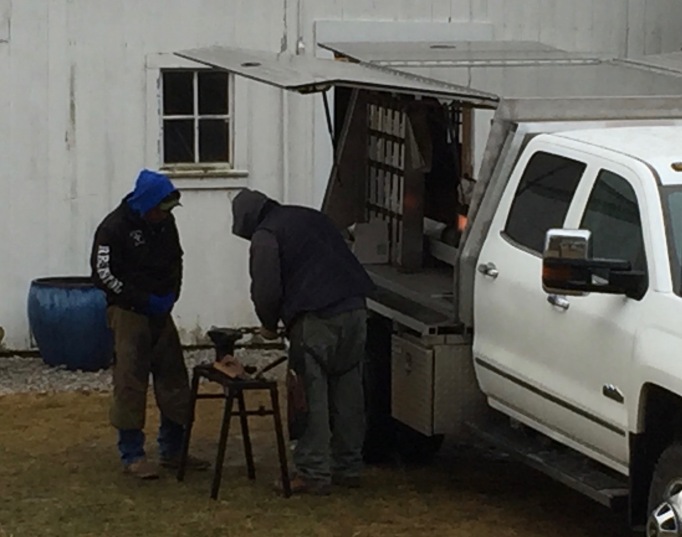 As I was walking back out to the barn with a cup of coffee for the farrier who had just arrived, I noticed that he was mentoring a young man.  Turns out that the young man is Angel, who worked for Bravado’s previous owners.  Angel put the first few months of riding training on Bravado.  Nice guy who was glad to see Bravado doing well.  Small world.

Then it was off to Howdy’s eye appointment with the ophthalmologist at Iowa State.  I am so grateful to be near the U’ with so many specialists.  Huge veterinary brain trust, and affordable to boot.

I dropped Howdy off and went to work at my job in the Office of Biotech on the other side of campus. I could not be there for the exam, but the vet school vets always write a report and Dr. Wehrman was kind enough to call me afterward with a synopsis.  Long story short, Howdy’s eye has improved, but there is more work to do. The ulcer has healed (yay!) which means that we can use steroids to help with the uveitis, which we need to get a handle on.  The downside is that I now get to do eye ointment four times a day and keep track of giving banamine and atropine as well for the next two weeks.  I had been directed to give treatments twice a day prior to this. I am grateful that we are on the right track, and for the medicine that is available, but I have to admit, I’d hoped the next part would be easier.  I gave myself a little time for an internal whine about Howdy’s having to go through this and about me having to treat him so often. I had some moments of real malaise while I hung out waiting for Howdy’s meds to arrive from the pharmacy.  The vet students put a serious damper on my whiny mood by showing up with a bag decorated like this: 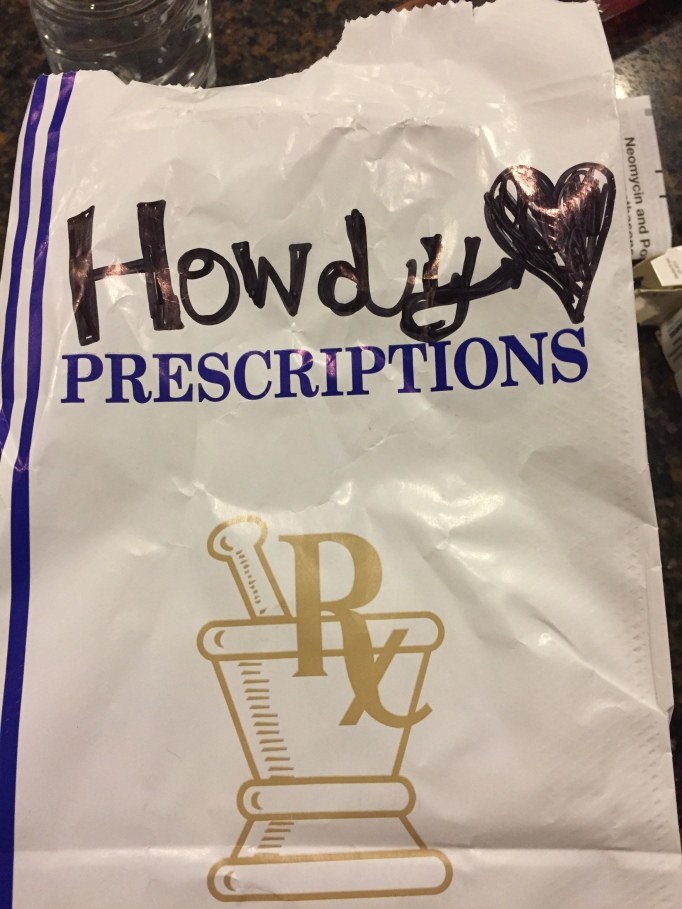 Your daily Howdy eye picture.  Not much change to report.  Hopefully, with the new meds, things will pick up soon. 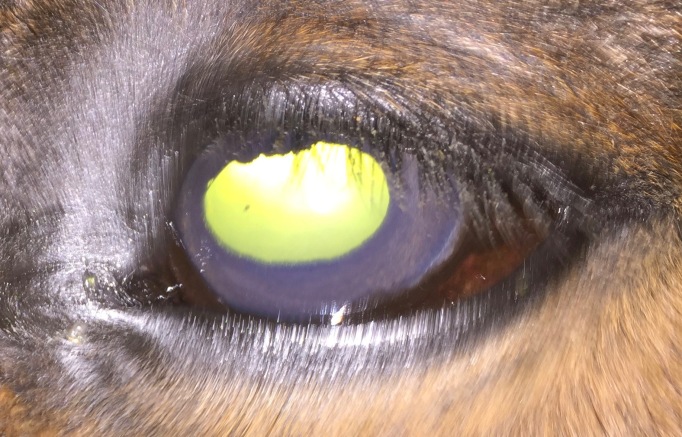 In the evening I taught a dressage lesson at Hickory Grove in Madrid, and both of my students and both of their sweet horses did excellently.  Then I rode an old friend of a horse who is with a new owner. Then the new owner got in the tack and I had the pleasure of explaining to him where the buttons were.  Pretty fun. To top off the night, my friend gave me a belated Christmas present, and the sentiment could not have been better-timed. 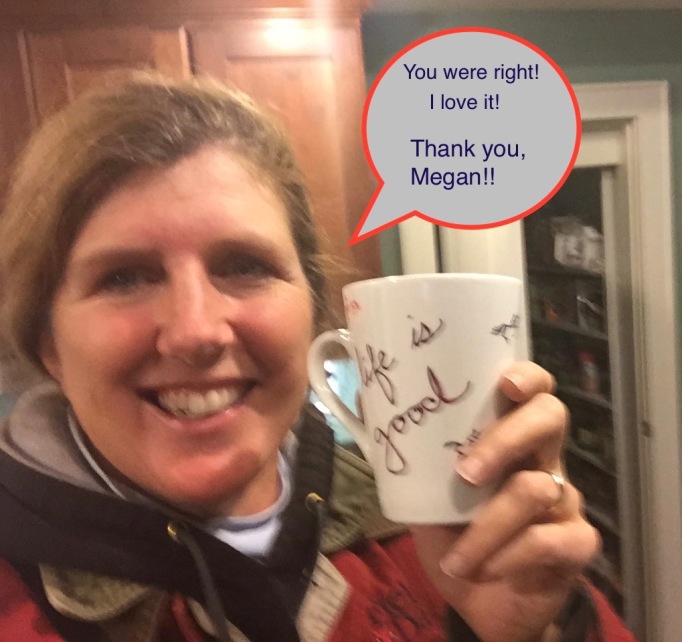