“Controlled,” “unchanged” and “historical” are the three best words in the English language, because they were used to describe Howdy’s ophthalmic exam today:

As you know, Howdy has been diagnosed with ERU, a no-bueno eye disease.  What the above says in plain words is that he has no inflammation in either eye and the small damage that had been done is stable.  The “choroidal pigmentation, right eye” means he has a pigmented freckle on the back of his eye.  It may be unrelated and is stable too.  Probably a lot of horses have them.

To date, we have injected the eye with gentamicin (yikes!), given him a course of Baytril, and are finishing up with a course of doxycycline.  About two months ago, he had a leptospirosis titer in his left eye of 1600.  This means that when the fluid from his eye was diluted to 1:1600, the leptospirosis titer was still discernible.  Oy vey!  That implies a very strong immune response.  Meanwhile, he had a titer of 0 in his blood.  This is not an uncommon result in horses with ERU.  In Howdy’s case, it is actually a little bit of good news because we have then a pretty good idea of what is causing the inflammation.

Once the vets had that information, we wanted to go after the infection with antibiotics.  The two antibiotics we used are able to cross the barrier into the eye and kill the leptospirosis organism.  This is actually no small feat, because the eye is walled off from the rest of the body pretty securely.  Not every antibiotic can cross the barrier.  Our sincere wish is that the antibiotics will clear out the infection, AND that the immune response will or has already settled.  But we have to wait and see.  We are going to have a recheck in a month at which point they are going to take another sample of eye fluid (I’m sorry, but still yikes!) and test it again.  If the titer is 0 then, which is my hope and intention, that will mean that the infection is cleared and the immune response has settled.  I will throw a party of gratitude and joy.

What will I do during the month until then?  Finish up the five or so days of doxycycline, get some probiotics in him to make up for all the good gut bugs that were collateral damage to the antibiotics, keep up the topical eye meds as directed, keep riding, and every time I catch myself worrying about it, change the mental channel and envision it ending exactly as we hope – a Howdy with a lifetime of good vision ahead. 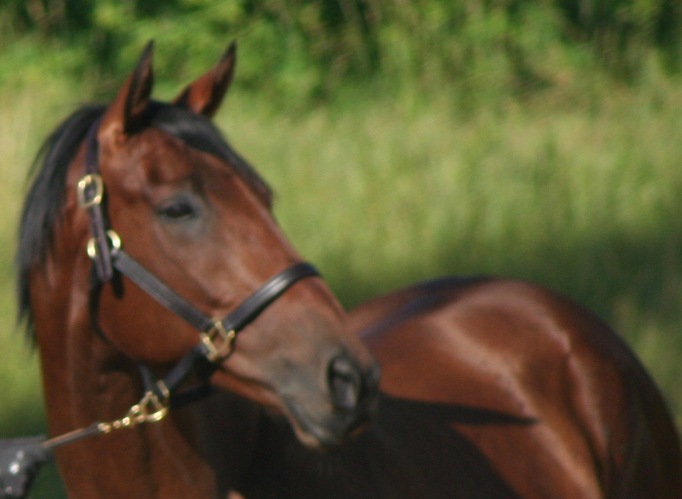 2 thoughts on ““Controlled, Unchanged and Historical””